Uganda is a country in East Africa. It is bordered to the east by Kenya, to the north by South Sudan, to the west by the Democratic Republic of the Congo, to the southwest by Rwanda, and to the south by Tanzania. Famously called the Pearl of Africa by Winston Churchill, it is home to one of the most diverse and concentrated ranges of African fauna including the highly endangered mountain gorilla and the endangered common chimpanzee.

WHAT YOU NEED TO KNOW ABOUT UGANDA

During Uganda’s era of British colonialism, settlement by Europeans was not allowed, and today there are few Caucasians in Uganda. The term for whites is muzungu (plural wazungu or bazungu), and non-African visitors should get used to hearing the word shouted out by children in every corner of the country. It is not a derogatory term, but originates from a Swahili word meaning ‘looking dizzy or confused and wandering about aimlessly’ as the first white people did when they first arrived in East Africa. Generally the word muzungu refers to a white person but it can be anyone who is not Ugandan. Even visiting Ugandans (from the diaspora) are called the term on occasion. You can choose to ignore it, or wave back, depending on the situation.

Uganda is accessible and affordable, but not up to the high tourism standards of more mature destinations such as Kenya or Tanzania or South Africa. This gives it more edge, more authenticity and less predictability. This does not mean danger (but see Stay Safe section below), rather greater opportunities for delight and frustration. This is real Africa, the urban bustle of Kampala bursting at the seams then giving way to lush subsistence farming and small villages. Roads are rough (although many across the country are being upgraded), people are friendly, everything seems to have a smell all its own, and not everything moves according to schedule or to plan.

Most travelers come for the gorilla safari, but other major draws are the chimpanzees, ornithology, trekking the Ruwenzori and visiting the source of The Nile River.

Although Equatorial, the climate is not uniform as the altitude modifies the climate. Southern Uganda is wetter with rain generally spread throughout the year. At Entebbe on the northern shore of Lake Victoria, most rain falls from March to June and the November/December period. Further to the north a dry season gradually emerges; at Gulu about 120 km from the South Sudanese border, November to February is much drier than the rest of the year.

The northeastern region has the driest climate and is prone to droughts in some years. Ruwenzori in the southwest on the border with DR Congo receives heavy rain all year round. The south of the country is heavily influenced by one of the world’s biggest lakes, Lake Victoria, which contains many islands. It prevents temperatures from varying significantly and increases cloudiness and rainfall.

Experience of a lifetime!

An experience of a lifetime. From day one in Nairobi, throughout our trip in Massai, Mara, Kenya, and the incredible planes of the Serenget and Ngorongoro Crate.

Daniel was immensely helpful from the very start; helping us to design the perfect holiday to celebrate a special wedding anniversary. Nothing was too much trouble.

The BEST Safari Experience Ever

I have recently returned from an incredible Safari experience with Authentic Africa Adventure. Daniel, our excellent tour guide, assisted me in arranging this trip.

For a great safari

I would recommend. Masha / Danial for your safari. . Masha has a good knowledge of the birds in the area. Also we saw every animal. . Every day we saw something different . 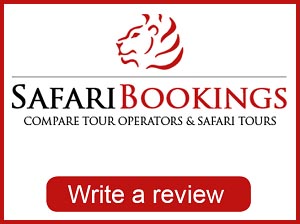 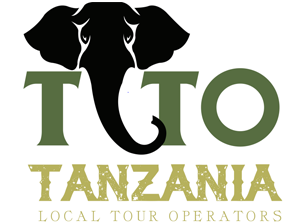 We offer customized tailor-made safaris for honeymooners, incentives, individual and different groups. Tanzania is one of the most beautiful.